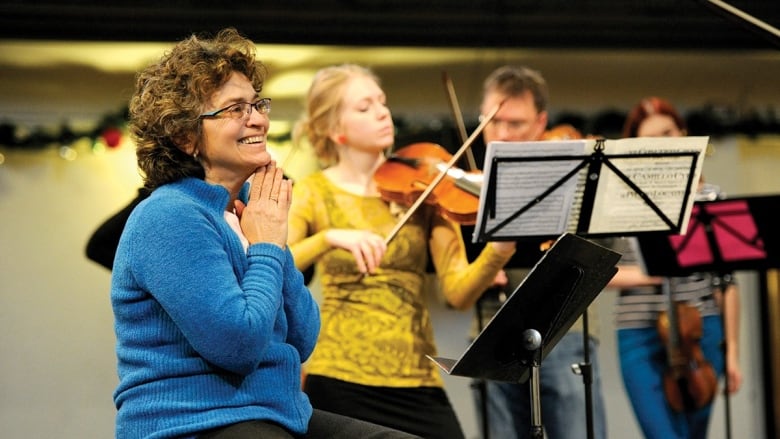 Under more than 3 decades of her leadership, Tafelmusik became 'one of the world’s top baroque orchestras'

Violinist Jeanne Lamon, who led Toronto's famed Tafelmusik Baroque Orchestra for more than three decades and served as its music director emerita since 2014, died from cancer in Victoria, B.C., on June 20 at the age of 71.

"Lamon's inspired leadership, passionate dedication to artist training, and commitment to the values of collaboration, inclusion, and artistic excellence shaped Tafelmusik over the course of her remarkable 33-year tenure from 1981 to 2014," read a statement issued by Tafelmusik, announcing Lamon's death. "Under Lamon's guidance, Tafelmusik built an enviable reputation as 'one of the world's top baroque orchestras' (Gramophone), growing from its modest beginnings to the cutting-edge period ensemble it is today under her successor, music director Elisa Citterio."

Patrick Jordan, a violist with Tafelmusik since 1993, told CBC Music that "Jeanne's devotion to Tafelmusik and 'all-in' commitment is rightly legendary. She was one of the best leaders I have had the pleasure of knowing. She had an incredible set of skills to keep disparate groups and individuals all on one side of a rock, pushing in the same direction. That balancing act was also evident in her musicianship, as she certainly had her strong ideas and commitments, and she knew how and when to end a discussion, but she left enough room for others in the orchestra to feel that they were making a real contribution."

Longtime Tafelmusik oboist John Abberger reflects fondly on Tafelmusik's 19-year tenure as ensemble in residence at the Klang und Raum Festival in Irsee, Germany. "Klang und Raum became a kind of magical retreat for us as an ensemble, and played, I think, a pivotal role in our development," he told CBC Music. "In late August, fresh from our summer vacation, we would gather at the cloister in Irsee, built at the turn of the 18th century. For an exhilarating week, freed from the distractions of our daily lives, we played the most glorious music, mostly of Mozart, Haydn and Beethoven, in a building that was already nearly 100 years old when much of it was written. Many factors came together to make this formative experience a reality for Tafelmusik, but the largest by far was Jeanne's devotion to our musical development as an orchestra. And she was pleased to share the leadership in partnership with Bruno Weil as we explored the riches of late 18th-century music, and expanded our musical horizons as an orchestra."

I had no idea that Jeanne Lamon had passed away. Thank you Inda for sharing this very sad news.

May she be at peace. Sending him prayers for an easy transition. May she rest in peace.