quote:
Star Trek has lost its second beloved character Montgomery Scott played by Canadian actor James Doohan! Doohan died in his sleep on Wednesday at the age of 85 with his wife of 28 years, Wende, at his side. The cause of death was pneumonia and Alzheimer's disease. He acted as Chief Engineer on the USS Enterprise NCC-1701 for 3 years & on 7 Star Trek films. Doohan made an appearance on an episode in The Next Generation series titled "Relics" & was the master of voices in different episodes of the original series. He also appeared in a soap opera but I don't know which one it was. James Doohan even got a star on the Hollywood Walk of Fame! Scotty was one of my favoite characters of the original series! His character was dubbed the "Miracle Worker". If anyone ever watched the series you'll know what I mean.

A few years ago Doohan was awarded an honorary doctorate in engineering from the Milwaukee School of Engineering, because more than half the students at the school cited "Scotty" as the reason they were moved to pursue that career.

James Doohan was the son of an Irish couple who immigrated from Belfast to Canada while his mother was pregnant with him. Jimmy was born on March 3, 1920, in Vancouver, British Columbia, the youngest of four, and spent most of his youth in Sarnia, Ontario. Believe it or nuts, he was the engineer on this show too! 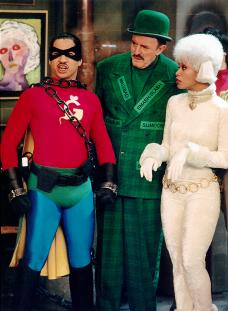 We love you "Scotty!"

Vicky2Member
Remembering James Doohan, Star Trek's Scotty.
May he have a gentle transition.

Thank you Teo for posting the pictures.

Sue 1Member
I have heard that they are sending Scotty's ashes into space. That is where he has always been.

I always liked the old Star Trek shows, I think I saw almost all of them.
Remembering Scotty.

Great idea to have his ashes beamed into space.

Love,
Gisele
8/10/0512:56 PM
❤️ 0
AngelaMember
Sending love beams to one of my favourites too.
May his spirit soar in peace and harmony.

Loving prayers to his family and friends.