TeoAvatar State
In 1787, the German poet Goethe published a play idealising Egmont as an heroic guardian of freedom and justice, who, singlehandedly, dared to challenge the might of his enemies. In 1810 Goethe's 'Egmont' was produced in Vienna, and Beethoven was asked to write incidental music for the play. He composed an overture and nine other pieces.

The overture is stirring music. It's joyful conclusion, after lingering moments of sadness at Egmont's death, heralds the overthrow of the Spaniards that was inspired by the Flemish hero's execution. 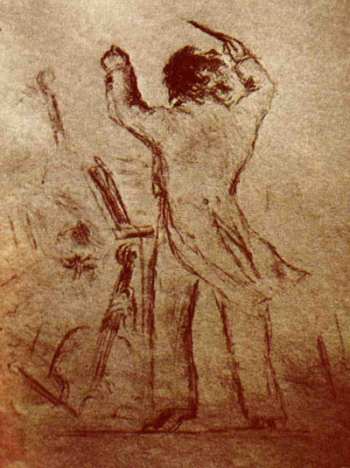 Beethoven's Ninth Symphony enfolds in its capacious pages the idea of the 'brotherhood of man'. Is it futile, perhaps even a little naive, to attempt to express so philosophical a concept in a symphony, a concept for which many idealists have lived and died, a concept almost as old as civilisation itself and as new as tomorrow? Beethoven was not afraid to do so, even though he had to call poetry to his aid, and add the human voice to his orchestra.

That 'all men became brothers' - that thought attracted Beethoven to the poet Johann Schiller's ode 'An die Freude' - a paean to joy. We have seen that he carried this belief with him virtually all his life...

The world instantly recognised the importance of that symphony. The audience demonstrated enthusiastically at the premiere, so enthusiastically that, when it broke out in approving cries for the fifth time, the police commissioner had to yell 'Silence!' Three bursts of applause were the rule for the Imperial Family; it would not do that Beethoven got five. Beethoven was seated in the orchestra and was supposed to supervise the performance. The conductor, however, had instructed his musicians to pay no attention to Beethoven's beating of the time. Engrossed in the score, and deaf, the composer heard nothing of the tumult and the shouting of the audience, until one of this singers pulled him by the sleeve and induced him to turn and face the people.

I'm working on an educational multimedia you can try: here