Behold the mighty dinosaur Famous in prehistoric lore, Not only for his power and strength But for his intellectual length. You will observe by these remains The creature had two sets of brains — One in his head (the usual place), The other in his spinal base. Thus he could reason "A priori" As well as "A posteriori." No problem bothered him a bit He made both head and tail of it. So wise was he, so wise and solemn, Each thought filled just a spinal column. If one brain found the pressure strong It passed a few ideas along. If something slipped his forward mind 'Twas rescued by the one behind. And if in error he was caught He had a saving afterthought. As he thought twice before he spoke He had no judgment to revoke. Thus he could think without congestion Upon both sides of every question. Oh, gaze upon this model beast; Defunct ten million years at least.

The large sauropods, like Brachiosaurus and Apatosaurus, had a second brain. This second brain was an enlargement in the spinal cord of the hip area. This nerve center controlled the animals hind legs and tail and was actually larger than the animals cerebral brain!

I knew those parts had a mind of their own!

The dinosaurs had two brains, but sadly, the one  human brain has become extinct. We have to wait for a new species to emerge, hopefully with at least one functioning brain.

Wisdom, as Aristotle once said: Education is an ornament in prosperity and a refuge in adversity, has long disappeared. Everything is now inside the BOX.

What is mathematics? I went to a store when the power was out and the cashier could not subtract $1.65 from $2.00.

What is correct spelling? Who can write a letter without the help of a device?

Soon we cannot drive a car or tie a shoe.

I am really enjoying it.

Looks like dinosaurs, which brain was bigger, it was functioning better than the human brain these days.

I know what you mean yoko, they cannot add up 2+2 without the box.. 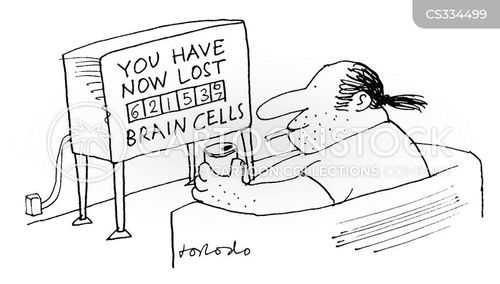 These images are too funny

I guess the Dinos' brain was not in the box.

It looks like he is trying to smash the box? Cute!

I hope he is smashing the box.

The large sauropods, like Brachiosaurus and Apatosaurus, had a second brain. This second brain was an enlargement in the spinal cord of the hip area. This nerve center controlled the animals hind legs and tail and was actually larger than the animals cerebral brain!